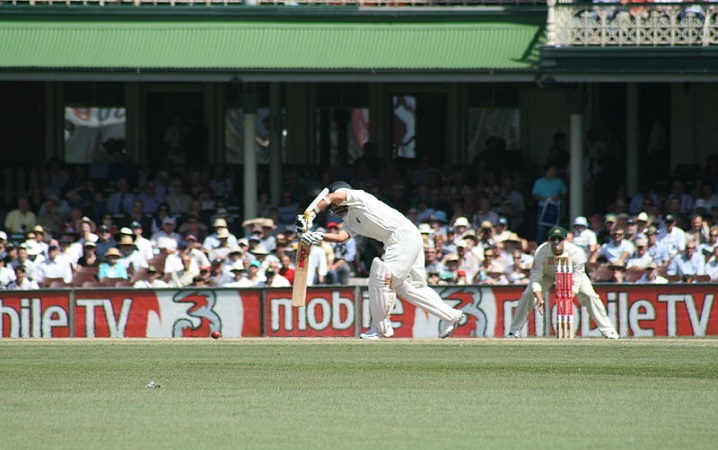 Sachin Tendulkar is not just an ordinary name from the cricketing world, but an emotion, an epitome of how cricket shall be played. He has lived and breathed the game of cricket for more than two decades. Sachin signifies the word “gentleman’s game” with utmost grace. He is that one cricketer who inspired millions of people around the world to take up the game. Above all, he has carried the expectations of a nation of more than a billion people for those twenty-four years. There is a saying in India, “Cricket is our religion, and Sachin is our God.” This blog is a Cricket Bloggers‘ tribute to the legend, who carried that burden to ensure that his country never falls behind.

Here are some of his innings that epitomize the burden that he carried on his shoulders:

At WACA on 1st February 1992 started the 5th and final test match of the defeated series for India. Having sent to bat first on a fast and bouncy pitch, India were reduced to 69-2. Then entered the 18-year-old prodigy cricketer who had completed just over 2 years of international cricket. With the talent and technique, there was enough hype around this kid, but the world hadn’t seen much evidence. That all changed on this particular day though. By the time he got out, he had scored 114 against the likes of Hughes, McDermott, and P Reiffel on the world’s fastest pitch. It was a rise of a cricketer with indications of something special to come.

Probably, the most significant knock in Indian cricket history, the sandstorm century instilled a lot of confidence in all Indian cricketers and fans alike. Their back against the wall, India needed 243 to qualify for the finals of the Sharjah Cup in 46 overs. Against mighty Australians, India was reduced to 138/4 in 29 0vers, making the equations tougher. However, Sachin had some other ideas in his mind. He started hitting the ball to every corner of the ground. By the time he got out – of course in a controversial fashion – with 143 runs on his name, India had qualified for the finals, with 3 overs to spare.

The next best score of an Indian inning though was 35, which indicated the amount of reliability India had on the little master.

136 against Pakistan in 1999 – albeit in a lost cause – signifies the burden on his shoulders the most. Needing 271 in the 4th inning to win a test match, Sachin scored 136 in spite of a troubled back. India was cruising at 254-6 when Wasim Akram claimed the wicket of Sachin. And rest as they say is history…! India lost the last three wickets for just 4 runs, eventually losing a test match.

Once again, the next best score of this Indian innings was 52 runs, from the bat of Nayan Mongia. Cruel evidence of how much the team depended on one particular man to win matches.

Though the next best score in the Indian innings’ card was 104 by Rahul Dravid, this particular inning signified the reliance on Sachin Tendulkar as much as the others. As Sachin did not play the previous game – against Zimbabwe – due to the death of his father, India managed to lose the game. Thus, jeoparding their position of making into the next round of the cricket world cup. Returning into this particular game, he didn’t leave any stone unturned. By scoring 140 runs in just over 100 deliveries, he ensured that India makes it to the next round at the cricket’s biggest stage.

Don’t you expect your team to win the match after you score 175 runs – in just 141 deliveries – in an ODI inning? But, it wasn’t to be. Needing 351 to win, Sachin Tendulkar scored 175 runs and took the game within the reach. When he got out, India needed just 19 runs from 17 balls with Ravindra Jadeja still on the crease. However, India still fell short by 3 runs. A story of collapse after Sachin’s exit was pretty similar to that of Chennai in 1999.

Yet again, the next best score on the Indian innings card was 59 runs, this time from the bat of Suresh Raina. Yet another example of how much a team relied on Sachin to score big runs.

By the time he hanged his boot in November 2013, he had more than 34,327 international runs under his belt, the best ever. He received many awards and accolades in his playing career, and still continue to receive them. However, the joy he shared with the cricket fans like us have been close to his heart. Let us leave you with that famous chant that still reverberates in our ears – Sachin… Sachin…!!! Sachin… Sachin…!!!