It seems that the Bangladesh Cricket team is on the verge of exiting yet another ICC tournament at the group stages. The story that keeps repeating more often than not. Though they make it beyond the group stage once in a while, that advancement comes more as a surprise to the fans than the acceptable reality. Unfortunately, it isn’t any different for Bangladesh at T20WC’21 either. They are the same old story even in the ongoing event, that has been kept repeating for so many years.

It has been 35 years since this South Asian side played the first white-ball game but has hardly grown into a side that can consistently breach the group stages in the ICC tournaments. In this blog, we are reviewing their top 3 issues which repeatedly hamper their growth at the international stage.

The Slow and Low-bounce Decks

Whenever Bangladesh plays a home tournament, they ensure to prepare those slow and low-bounce tracks – in any format for that matter – where the balls start turning from ball one. Just before the start of T20WC’21, the story repeated in the T20I series against Australia and New Zealand at home. The T20I captain mentioned that the team wanted to enter the T2oWC’21 with the confidence of winning against the big sides. Though, the perspective of building confidence is right, but the method may not be right. Those decks actually deprived the side of an experience of playing on true surfaces, which is experiences in 9/10 away series, and all ICC tournaments. 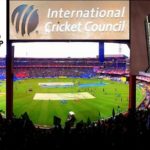 The home decks are a Numero Uno reason behind Bangladesh’s limping growth. On Twitter, a few cricket fans argued that they are not getting to travel to too many countries, depriving the team of learning about those conditions. The question is: can’t BCB create those conditions at home? Yes, the weather-assisted conditions are not controllable, but the decks and grounds are.

It is high time Bangladesh moves away from the slow tracks strategy. For next cuple of years, they may lose a few matches, but it will eventually help towards the growth of their game.

Too Much with Too Few 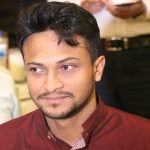 Looking back at Bangladesh’s teams of the recent past, the team seems to be too reliant on Shakib, Mushfiq, Tamim, Mahmadulla, and Mashrafe Mortaza. Unfortuantely, it seems that the reliance is on these guys since eternity. After Mashrafe retired, Bangladesh hasn’t really found his replacement. Consequently, the reliance is only on four players.

For a long time now, Bangladesh hasn’t been able to find and grow players who can consistently win matches at various stages of the game. At most, a couple of players comes to my mind. They are: Liton Das and Mustafizur Rahman. Though Mustafizur plays an important role for the team, he isn’t developing into a match-winning player. Liton Das plays good at home but falls out as soon as the circle grows.

Bangladesh cannot go like this for long. Shakib and Rahim will be retiring in next 2-3 years. Bangladesh urgently needs someone who can deliver for them consistely, and can potentially lead the team, for their better future.

The BCB’s approach towards their players is well-known. That saves me a lot of words and finger pain. That approach seems to have created a trustless environment. The approach puts the team under the pressure of winning every game. It rather takes away the fun of playing this lovely game, making them error-prone in critical situations.

It is high time that the BCB doesn’t just create on-field leaders, but even in the management. They need someone who can understand the team well, build a long-term vision, and give the space for the players to execute this vision.

What are your thoughts about Bangladesh’s repetitive poor performance at ICC events? Do share in the comments or write us at our Twitter and Instagram handles. You can also write to me directly at my Twitter handle ImAndyDesai.