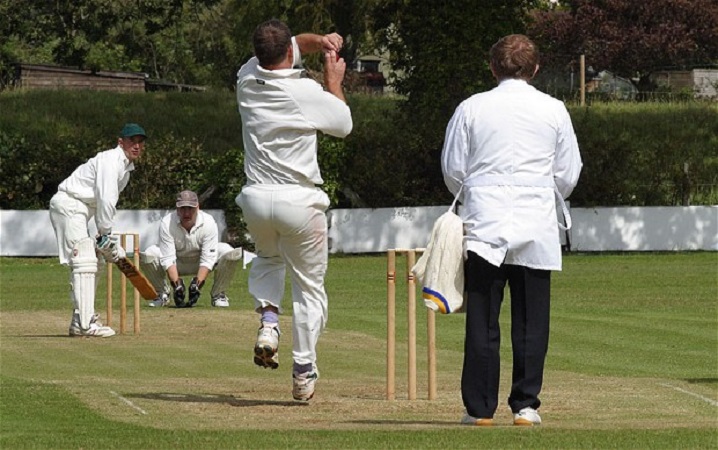 On 18th April 2020, Cricket bloggers posted a poll on its Twitter account for the scenario: “If you’re to choose one batsman to play with the tailenders to score 50 runs to win in the fourth innings, who would it be?” with the candidate:
1. Ben Stokes
2. Steve Waugh
3. VVS Laxman
4. Brian Lara

Here are some interesting facts about the players we selected as options for this poll.

This has been the obvious choice of this poll question. After all, Ben Stokes played the most valued test inning of 2019, when he single-handedly won the Ashes contest for England at Headingley by 1 wicket. The last wicket partnership of 76 runs with Jack Leach is one for the history books.

Though this poll is not just about the last wicket partnership, Ben Stokes has played with equal poignancy with every player down the order. And it’s not just test cricket, he played with the same quality in CWC19 final with the tailenders.

If you’ll go searching for the best player to play with the tail, Steve Waugh will be the first player you’ll come across. With 4102 runs, he tops the chart of scoring with the lower order. There is no doubt about his batting abilities. However, batting with tail is a different tale and he has mastered it.

The VVS in his name has gained a nickname of “Very Very Special” for a reason. When it comes to batting with the tail, he’s not too far behind Steve Waugh. With 3286 runs scored with tailenders, he’s fourth in that chart. More importantly, he has a proven track record of winning a test match with the tail. In 2010, against Australia, he first forged a partnership of 81 runs with Ishant Sharma for 9th wicket and unbeaten 11 runs with Pragyan Ojha for the last wicket, to fashion a thrilling 1 wicket victory.

The highest individual test score holder is in the contention once again for his proven track record. In fact, he did it even before either of Laxman or Stokes did, way back in 1999. Needing 311 to win the test match in last innings, he first forged 54 runs 9th wicket partnership with Sir Curtly Ambrose and unbeaten 9 runs partnership with Courtney Walsh, to win a test match by 1 wicket against Australia.

Though there is a strong case of Sri Lanka’s Kusal Perera – for his heroics against South Africa last year, that is the only credit he has in the given criteria. He lacks enough runs or records of batting with tail in any other game to fit in the poll criteria.