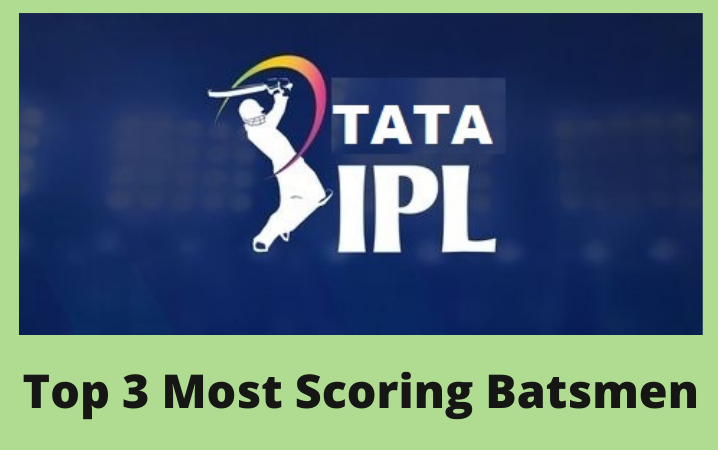 India is gearing up for the 15th edition of the Indian Premier League (IPL), which will likely start by the end of March 2022. The tournament has seen 14 years of progress, and we have world-class batsmen across the globe playing across the editions. But it is the trio of Indian top-order who managed to claim the top three run-scorers chart in the tournament.

Let’s check them one by one.

The Indian Run-hitting machine called the GOAT by his fans, Virat Kohli retains the run-getters list in the tournament for the last two years after climbing over Suresh Raina in 2020.

Bought in 2008 on a youth contract by the Royal Challengers Bangalore (RCB), Kohli did not enjoy a good first season. But his growth has been sensational in all forms of Cricket, which is reflected in IPL. He led the RCB side from 2013 to 2021, where he was also the lead batsman for the side.

Especially in the 2016 edition, Virat amassed 973 runs in 16 innings, including 4 centuries. He won the Orange Cap at the end of that edition.

Currently, Virat has 6283 runs at an average of 37.39, including 5 centuries. Virat Kohli also remains a favorite for fans who want to place wagers on player performance using cricket betting sites in India.

The flamboyant left-handed batsman has 5,784 runs in 192 matches.

He is always an important player for the teams he has played so far. Shikhar Dhawan will play for Punjab Kings as he bought a mighty 8.25 crore. A constant collector of runs and someone who anchors innings from the top, Dhawan has been in the best batting form since the last three years. He scored over 500 runs every season in the last three seasons and became the first batsman to score back-to-back tons in the IPL.

He is also the fifth player to cross the 5000 run-mark after Warner.

The naturally-gifted batsman, who is the all-format captain of the Indian national side, has constantly been on the side of scoring runs in bulk for Mumbai Indians, which he has been captaining for the last 8 years.

Rohit Sharma has won the MI five titles as captain and will continue to lead the side for the upcoming seasons.

3 thoughts on “Top 3 Most Scoring Batsmen in IPL”