England has been dominating the ODI tournaments – especially the ones played at home venue – since the past couple of years. They comfortably beat visitors India and thrashed Pakistan just before the start of the world cup 2019. All this while, their game plan has been to attack from all corners. With the flat wickets and the recent rule changes, England has succeeded, unlike any other team. However, the same approach has come back to bite them in the world cup of 2019. Due to the tournament scheduled in England, I have even been inspired to write about how their attacking approach may work this world cup 2019 but seem otherwise now. 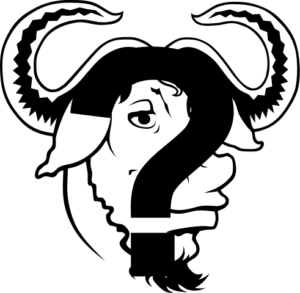 One particular question that hasn’t been asked frequently all this while is of playing on a tricky pitch. What if the pitch doesn’t have a pace or isn’t a flat road where “hit through the line” is not an easy option? How to approach the game if the ball moves beyond 15-20 overs or white cherry turn from the first delivery? Since Captain Morgan’s team hasn’t faced the tough question more than a couple of times in as many years, they don’t seem to have the answer. In a tournament as big as the world cup, it is hard to go all the way if the technique doesn’t allow surviving all conditions.

The very question came to bite them in the game against Sri Lanka. The pitch was fairly tricky that offered something to the bowler through the innings. It especially didn’t have the pace to play through the line. To add into their woes, Malinga had hit the form after the IPL. The Local boy Bairstow and stumper Buttler’s wickets – both LBW – spoke much about all of the characteristics above. They both tried to play a leg glance to fairly full balls into the stumps, to Malinga. On a not-so-slow pitch, both would have succeeded in sending the ball to the deep, but not on this occasion.

Even in such a situation, England had that lone warrior who knows how to play on these pitches – Joe Root. A virtue why he plays all three formats was on display on a day – the patience. A reason why Captain Morgan doesn’t play was on display – lack of patience. Due to the adopted attacking mode, somewhere most of the English batsmen – barring Joe Root – have lost the virtue of patience, especially in delicate situations. Even the cool-headed Jofra Archer lost the patience and played a shot, which otherwise he would have avoided.

Cricket is about moments of common sense, and taking a single after hitting a boundary is one of those that coaches will teach in school cricket. That exactly seems to be missing in England’s attacking approach this world cup. In the match against Sri Lanka, Moeen Ali did exactly opposite. In spite of hitting a six last delivery, he advanced down the pitch to play a big shot, albeit to be holed out at long-off.

At that particular moment, he seems to have not just surrendered the game but probably the bright chances of lifting the world cup. After losing to Sri Lanka, England is now under pressure to qualify for the semi-final. Due to the fact that their remaining matches are against the tough opponents, you can sense that the team is reeling under pressure.

If England wants to win big tournaments, they need to shelve the approach of “attack at all costs”. Otherwise, they will “attack to self-destroy” in that one fateful match that costs the trophy. We all wish that their match against Sri Lanka doesn’t just prove that fateful match of world cup 2019.

4 thoughts on “Attack to Self-Destruction – The England Way”