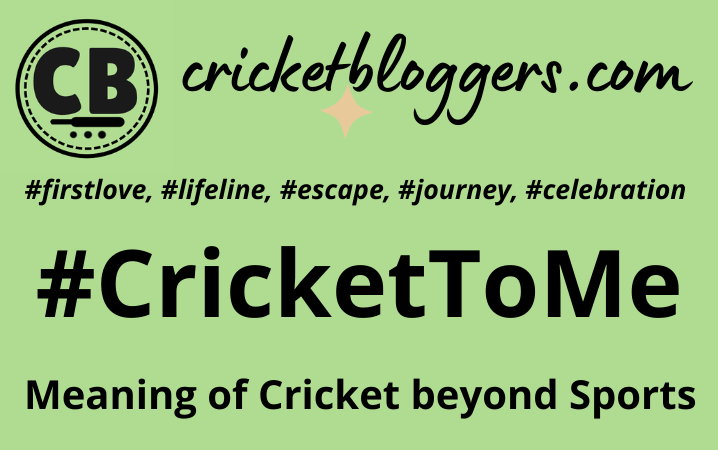 Sometimes, it’s not about marketing. It’s about doing something good which may not earn you money, but a lot of happiness and satisfaction of contributing back to the community.

The cricket community has given us a lot. For a long, we’ve been thinking about a good way to contribute back to the community. As I have described in my #CricketToMe post, the game to me is the first love, rest all comes after that. It hasn’t been a day since I haven’t lived cricket. But when I look outside, there are a lot of fans, for whom, the game is much bigger than mine.

Incidentally, the thoughts of contributing back coincided with the end of Indian captain Virat Kohli’s term as a white ball and red ball captain respectively. Around this time, we observed a lot of hate and abuse towards the players, administration, and the game on social media. That’s when we thought of spreading some positivity around the game. Now the question is: how can we do it? Can we provide a platform that allows the fans to share their feeling about the game? I put across this idea of sharing with the CB team, and everyone was instantly ready for it. That’s when the #CricketToMe came into its existence. A campaign to share the meaning of cricket beyond sports, for the fans, to share the positivity. 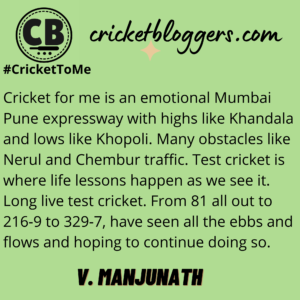 What is the meaning of Cricket for You?

What is the meaning of cricket for you? We would love to hear it and share it with cricket fans across the world. Do share in the comments section, or write us on our Twitter and Instagram handle. You can write to me on my Twitter handle Nishant Desai.

1 thought on “#CricketToMe – Meaning of Cricket beyond Sports”