As expected, 2019 has been an eventful year for the game of cricket. The year saw some crazy and bizarre events alike. The Cricketbloggers.com reviewed the year 2019 to sum it up all. If few veterans hanged their boots, the new stars emerged on the cricket’s horizon. Through this blog, let us peek into the top five finds of the year 2019 in the batting department.

Note: for the ranking, preference has been given to the longest format. 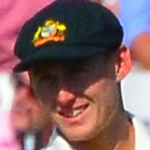 At the top of our list, Marnus Labuschagne is irreplaceable. Though debuted against Pakistan in 2018, he mostly remained in and out of the team till mid-2019. Not part of the original playing XI of the second Ashes test match, he replaced Steven Smith as a concussion sub, in the second inning. Sent into bat, he scored just his second half-century and never looked back. From the third test match, he became a regular member of the team and scored a truckload of runs. He topped the international run-scoring chart with 1104 runs in the longest format.

Mayank Agarwal started his international career at the 2018 MCG Boxing Day test match. Though did not make a big score, he managed to impress one and all with his temperament and shot selection. Piling up big scores in India’s domestic circuit in the last few years, Mayank grabbed his opportunities with both hands. In the year 2019, he piled up 754 runs at an average of 68.54, including three centuries and two half-centuries. Testament of his talent was his conversion rate of centuries. Out of three hundred, converted two into double. He has been an irreplaceable member of the Indian red-ball XI since his debut.

A first-class veteran in England’s county setup, Rory Burns received his debut cap against Sri Lanka in November last year, but couldn’t make an impact. However, 2019 has been a prolific year for the southpaw. He has scored 817* runs which include two centuries and five half-centuries. He’ll end the year in the third position in the chart of red-ball top scores. In his first-ever Ashes series this summer, he became the top-scoring opener for England in the history of the tournament. Since then, he has been a regular member of England’s red-ball XI, playing crucial knocks at the top of the order.

Hendrik Erasmus van der Dussen, yer another first-class veteran – from South Africa- received his debut ODI cap in January this year. He started playing international cricket in T20Is in 2018, showed a lot of promise in the 50 overs format. He scored 664 ODI runs at an average of 73.77 and helped South Africa to close innings with blistering knocks on several occasions. His ODI performances are rewarded as a place in the XI in the longest format, scored a vital half-century against England in the boxing day test match at Centurion. He holds a distinctive record of being the only batsman in the world to score a debut half-century in all three formats.

Yet another veteran of first-class cricket – this time from Pakistan. Debuted at the age of 32, he did not let go of his limited chances. He marked his arrival on the big stage with a century against Sri Lanka in the first-ever test match on Pakistan’s soil in the last ten years. He followed it up with a daddy hundred in the next test match. Though he played only two test matches – at least ten matches less than the highest test playing player – he forced his way into the top forty run-scorers of the year. He has shown a lot of promise at the top of the order for Pakistan and would like to follow it up with consistent scores for his country.

* The last inning of the year is in progress when this blog is being written.