In the year 2019, the game of cricket saw a lot of ups and downs. On one hand, the game witnessed some crazy matches, it even had the bizarre moments. The test playing nations participated in the world cup event, and the teams like Nigeria and Thailand (women’s team) showed their might at different levels. As encouraging as it can get, women’s cricket saw a further rise in the viewership and the game grew beyond its boundaries.

Let us review the year 2019 with some of the major events happened in the game, that sums it up. 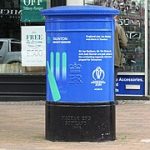 The Cricket world cup final is the most awaited game for the cricket fans. To their excitement, this year’s world cup final turned out to be a breathtaking contest. Played between the hosts England and New Zealand, it turned out to be the greatest ODI ever played in the history of the game. The showpiece event of the cricket was watched by more than 8 million viewers, which is a record.

On the other hand, a couple of events created controversy:

In a Boxing day test match at the MCG, nearly 80,500 fans (credit: Ric Finlay) throng the stadium to watch the Trans-Tasmanian rivalry on the first day. That was followed by a record crowd of close to 60,000 on the second day. These numbers gave a sigh of relief to fans and pundits across the world, about the future of test cricket.

Asian Teams conquering Down Under and Proteas

Six All Out – Mali Women’s Team

In a bizarre turn of event, Mali women’s cricket team was all out for merely 6 runs in a T20I against Rwanda. Even shocking was the fact that only one batswoman was able to score a solitary run and rest all coming in the form of extras. This has been the lowest T20I score in the history of the game, which will be tough to beat. Unfortunately, they beat the record of 14 total runs by China women’s team, created in the same year.

The fall and rise of South African cricket 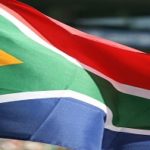 Fans across the world were wishing for South Africa to win the 2019 world cup. The feat they have never been able to achieve. In the opening match of the showpiece event, they were badly beaten by hosts England. However, things turn even more ugly as the series progressed. The team was out of the tournament even before all league matches were played out. Since then, the Proteas saw unprecedented low as they were whitewashed by the hosts India. Off the field, management struggled to hire the right people, and the impact was visible on the field performance.

However, things have turned around since the appointment of Graeme Smith as the director of cricket. Smith has made some right decisions by hiring Mark Boucher and Jacques Kallis as the coach and batting consultant. Subsequently, the performance has improved on the field. South Africa is giving a tough fight to England in the – ongoing test match – the first one after the new appointments in the management.

Overall, 2019 has been a progressive year for the growth of this lovely game. The players and the fans witnessed some of the best events in the history of the game.