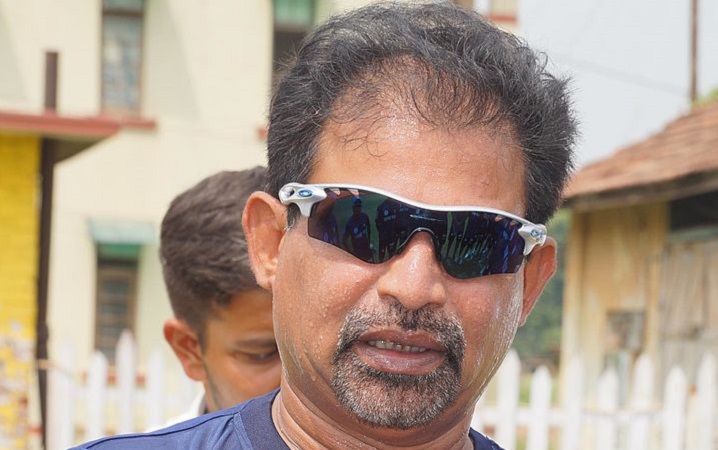 World Cup 2019, World Test Championship, and World T20I 2021. These are the team India’s recent failures in the ICC tournament. Basically, the team management is accountable for the team performance along with the players. One part of that team management is the Indian team selectors too. Ravi Shastri and Virat Kohli get an appreciation for their success in bilaterals and are held responsible for failure in ICC tournaments. Meanwhile, the selector’s work should be under the scanner too for each of the teams’ performances.

Recently, Ravi Shastri revealed that the captain and coach don’t have a vote in squad selection. Thereby, the onus of all those hiccups in selection is in the selector’s corner. With Shastri’s tenure ended, there has been a new coach, a new captain in T20I, and temptation to play a different brand of Cricket. However, the selection process remains the same which has played a significant part in all those ICC tournament failures. In this blog, we have attempted to analyze India’s Selection process, which is a starting point of the process.

Selectors have done a decent job over the years which reflects India’s dominance in bilateral series. However, the Indian team faced criticism for its cautious approach in T20I. Not questioning Chetan Sharma’s merit, will he be able to bring fresh ideas in a T20I setup that has evolved to matchups, role clarity, and attacking cricket? Indian team selectors don’t seem to cover domestic cricket from the ground. Perhaps due to which selections are more or less based on IPL performances. Shouldn’t the one who genuinely covers domestic cricket from the ground be in charge of this role?

Recently when India toured England for a 5 match test series, team management and selectors seemed on the same different over Shubman Gill’s replacement. Team management asked for Prithvi Shaw as Gill’s cover while selectors were on the side to promote Abhimanyu Easwaran from reserves to the main squad. However, team management insisted that they are unsure about Easwaran’s ability in challenging English conditions. Shouldn’t the uncertainty about Easwaran’s ability be thought out during selection?

Kuldeep Yadav gave a heroic performance against Australia in Sydney during Border-Gavaskar Trophy 2018-19. Despite that, he played a test match 2 years post that performance. In fact, he was part of the squad in that period but didn’t get a single game. Ideally, the team management should be accountable for that, however, in the end selecting a squad is in the selector’s hands. Based on his white-ball form, he was dropped from the 23 man squad for the WTC and England tour.

Similarly, Hanuma Vihari who broke into international cricket after his brilliant performance in first-class cricket and India A tour was dropped for the 2 match series against New Zealand even in the absence of top players like Rohit and Virat. He was added to India A squad at the last minute. Selectors gave the justification that they would like to try Shreyas and Gill in the middle order and prepare Hanuma for the South Africa tour.

With that rationale, will Hanuma get directly into India’s playing 11 against South Africa? What if Shubman or Shreyas performs well in the home series? Logically, one who should be dropped was vice-captain Rahane who looked out of form for quite a while. However, instead, he has been appointed as the captain for the 1st test match against Newzealand.

Moreover, Hanuma Vihari is the only player who was in India’s Test squad and doesn’t have an IPL contract. In this era where demand is for specialist players for each format, players must be picked according to their performance in that specific format.

21-year-old Devdutt Padikal who has played only 15 first-class matches and scored runs with an ordinary average of 35 has been added to the Ind A squad for South Africa tour. Can the selectors substantiate on what basis has he been added to the Ind A squad? Is that because he is a recognized player and performed well in the IPL? Many other players in the Indian Domestic Circuit have better averages and played more matches.

For instance, Mandeep Singh who played 78 First-Class matches and scored with an average of 48 didn’t get the chance to feature in the Ind A squad for SA. Probably because he is 29 years old. However, on what basis does Surya get into India’s Test Squad who is 31 years old? In fact, Mandeep has a slightly better First-Class average than Surya in an almost equal number of Matches. Surya’s inclusion in the Test squad looks influenced by his IPL performance which is totally different from 5 days Cricket. If the hallmark criteria for selection are Age and IPL performance then what’s the purpose of having 5 members Selection Committee? Those selection calls have also degraded the importance of the Ranji Trophy.

Rishabh Pant’s heroic performances in Test Cricket are not unknown to any of us. However, his performance in T20I cricket has been quite ordinary. In 35 T20I innings, he scored with an average of 22 and a poor SR. of 120. Can the Selectors justify his T20I selection? He is a special talent but 35 T20I innings is sufficient for any batter to prove his case.

Moreover, with a bowling average of 23.2 in 89 matches, Jaydev Unadkat hasn’t been considered for even India A squad. There are many more cases where selection calls look clueless.

We have come across many poor calls and planning from the Indian team before a mega event. For instance, Yuzvendra Chahal was dropped from the World T20I squad despite being India’s premier spinner. Moreover, Ravichandran Aswin was made into India’s T20I world squad as off-spinner in place of Sundar who was having an injury. Though Aswin performed well, however, if he was in the selectors’ scheme of things, why hasn’t he played any ODI and T20I matches after the 2017 Championship trophy?

Hardik Pandya’s fitness issue started from Asia Cup 2018. The role which he performs is vital for the team then why didn’t the selectors and team management think about his backup in the three years? Despite having a great talent pool, they didn’t find Hardik’s backup in three years instead they waited and managed his workload.  Ambati Rayidu’s omission from India’s ODI World Squad in 2019 is another case of poor planning.

With the presence of Rohit, Rahul, Virat, and Ishan, India’s Top-orde in T20I is sorted. Nonetheless, against Newzealand, India’s squad consisted of as many as 6 top-order batters. When the need of the hour is to groom all-rounders and middle-order batters, top-order batters are being considered.

Over Dependency on IPL’s Team Scout

Undoubtedly, IPL has helped a lot to Indian Cricket. The Scouting team of each IPL’s team has been phenomenal in hunting young talents from the ground level which reflects Indian cricket success. However, is it good to be dependent upon IPL’s team scout for the Indian team’s growth?

Umran Malik who played only 1 First Class match has been selected in India A Squad. The Indian selectors recognized him in the IPL 2021. He came as an injury replacement for T.Natarajan in SRH’s setup. The shortage of Indian pacers who can bowl with 150 KPH, compelled selectors to put Umran in India A squad. Regardless of his lean experience at the domestic level.

So, the young player who performs well in the IPL gets much-needed recognition for his selection. However, selection in an IPL team is more or less dependent upon team requirements, purse availability, and slots available in the squad. As in Umran’s case, he might not have the opportunities if the SRH team didn’t require a player of his ability. To put things in perspective, a deserving player might not get a chance due to the IPL team’s dynamics. Moreover, the IPL team scouting team works as per their team need not as per the Indian cricket team requirements.

As per the Lodha Committee, the zonal system doesn’t exist. However, the members of the selection panel should be ones who genuinely cover domestic cricket. Consequently, the selection will become more effective. As per the requirement of the Indian team, a certain number of spots in each IPL team should be filled with the young talents (not picked in the auction) shortlisted by Indian Selectors. This method might help Indian Cricket to grow further.

Either Selector should work as per team management or vice versa. With Rahul Dravid in charge of head coach, there is a need for his ideas and principles substantially in selection.

What are your thoughts about Indian team selectors? Please share your views in the comments section, or write us at our Twitter and Instagram handle. Do share our page with interested fantasy cricket enthusiasts. You can also write directly to me at Sahil Raj.