Do you want to play fantasy cricket but don’t have the time for analysis? That’s where we can help you. Leave the analysis part to us, and use the tips and teams from this blog, which are shared by experts!

Important Stats and Analysis for RCB vs MI

Players like Virat Kohli, Rohit Sharma, and Jasprit Bumrah are necessary picks for this game as they all are class players and are carrying form with them.

Base Team: RCB vs MI

The toss is done. Universal boss comes in as expected. Here is your Full Team, just go for it: 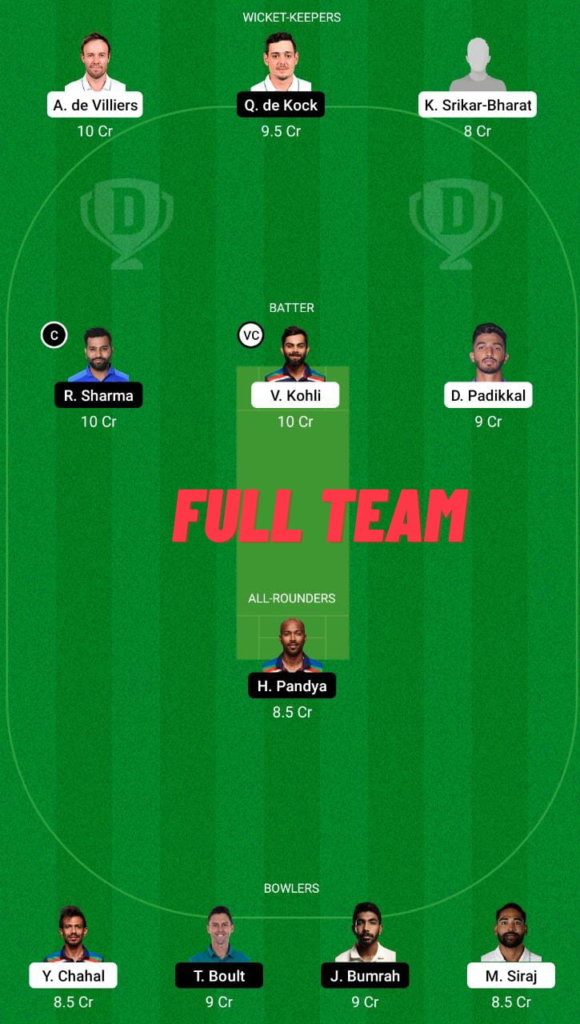 Disclaimer: We do not guarantee a win in any fantasy league with the suggested base or full teams. This is an attempt to support cricket fans who are interested in playing fantasy cricket in various fantasy leagues.