The Pearl of the Indian ocean is a beautiful cricketing nation in the Indian subcontinent. They became ICC world champions in 1996, because of many sacrifices of past players and cricket management. To say that 1996-2014 was a golden era in Sri Lankan cricket would be an understatement. Under Arjuna Ranathunga’s harboring, Sri Lanka produced some of the best cricketers in the world- Murali, Sangakkara, and Jayawardane are just a few names. From the likes of  Aravinda de Silva to Lasith Malinga had their cricketing birth in that golden era too.

However, the period after 2014 – especially post the 2014 T20WC and the retirement of Sangakkara and Jayawardane -until 2020 saw a constant decline of cricketing levels in the pearl nation. In this period, the culture of Sri Lankan cricket changed abruptly.

Read More: Sri Lankan Cricket: Down the hill & far away 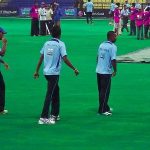 In the stated period, the national players had very good paycheques, decent sponsor deals, and state-of-the-art facilities for their growth. However, money sometimes destroys discipline, as they say. It seemed that the young cricketers couldn’t handle the money and prestige earned from society.

Some of these cricketers hired personal managers who lacked basic cricketing knowledge. The young and talented cricketers ignored their fitness. They failed to understand that competitive cricket isn’t possible without discipline and high fitness levels.

These factors were the prime reasons behind their declining performances, which cascaded to the team’s outcome. Subsequently, the spectators and cricket fans across the world started to abandon the Sri Lankan cricket team.

It seems that hiring the new officials, in the year 2020, proved to be a boon Sri Lankan cricket was looking for in tough times. The new officials immediately tried to find the right solution for all those issues lurking on the national team. The SLC formed a new cricketing committee consisting of greats like Aravinda, Muralitharan, and Mahanama.  The ones who themselves understood the game much better than anyone else. The SLC also formed a new selection committee under the leadership of world cup winning players like Pramodya Wickramasinghe and, Romesh Kaluwitharana. The decision to revise the payment scheme with emphasis on the player’s performance was one of the major milestones in the right direction. The player contract was revised with new disciplinary rules and the fitness criteria. 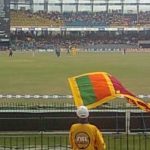 Unfortunately, the senior players did not agree to those changes and juniors followed the suit. In fact, all the players refused to sign their respective contracts. Some requested long leave citing personal reasons and a few appealed about their payments. Amidst all these issues, the team traveled to England. Adding to the agony and frustration of the fans, suddenly a couple of videos surfaced on social media about three national cricketers breaching the bio-bubble to visit nightclubs on the tour.

The new committee took the wise decision of suspending those in the question for 1 year citing that these same players had been warned in the past for their indiscipline. Many Sri Lankan cricket lovers and fans think that this particular action is the turning point in the history of Sri Lankan cricket. It fuelled the desire for discipline and fitness levels in the team. It also removed the probability of politics in the team selection.

After the England series, the young team has experienced two successful host series and domestic T20 tournaments.  The fitness test and domestic performance are the mandatory criteria for the place in the team, for seniors and juniors alike.

Many young and talented cricketers are now playing under the leadership of 29 years old captain Dasun Shanaka. Though he has the experience of just 6 test matches and 34 ODIs, he seems to be the right candidate. The team now has energetic young blood with a never-give-up attitude and is hungry to win.

However, cricket is more of a mental game than the physical one. The players will need the right direction for at least 3-4 more years. Only then can we provide more pearls to the cricketing fraternity from the pearl of the Indian Ocean. Let’s wait and watch. One thing is certain though: Sri Lankan cricket is back and climbing up the heel once again.

What do you think about the current state of Sri Lankan Cricket? Do share with us in the comments section, or write us on our Twitter and Instagram handles. You can write directly to me at my Twitter handle Bandara.