At the start of the Test series against India, far and few predicted Australia to lose. Forget that, some had predicted 4-0 in favor of Australia, especially after Adelaide dominance. The series loss at home has sent shock waves in the team, management, and the fans alike. Based on the cricketing history, such losses generally warrant wholesale changes in the team and management. I couldn’t agree more. In this blog, I have shared my thoughts about the proposed changes in the Australian test team and management, part of their red ball roadmap.

Ever since JL and Paine took the helm of Australian cricket -in the aftermath of the Capetown fiasco – the team’s performance started declining. Indian debacle on the Australian shores has been a pinnacle of this decline. Though the immediate performances can be ignored, there isn’t much improvement even post two years. The only feather in their cap is the Ashes retention in England. However, it has Steve Smith’s name all over the series than the duo. Moving on from JL and Paine shall be the first step in defining Australia’s red ball roadmap. For a long, Australia has been in an incredulous situation over the opening pair. Though Warner has held one end, the tapping for the second end keeps going. Matt Renshaw, Cam Bancroft, Usi Khawaja, Joe Burns, Marcus Harris, Matthew Wade, and now Will Pucovski, but could have nailed a spot – Pucovski is an understudy though.  In test cricket, the opening partnership is a vital cog in the team’s overall run-scoring. Without that, posting a big score becomes an uphill task.

Looking at the current scenario, Australia shall have Warner and Pucovski to open and back Marcus Harris as the backup opener. Since Pucovski is one test old, he will need an improvement in his technique and a backing. Cricket Australia shall ensure both to him to develop him into the long-term option. Even Harris will require the backing and few technical adjustments here and there. But that support will be always around. 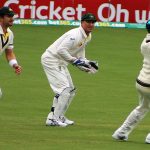 More or less, the opening partnership and change in the leadership will address the middle-order muddle. If Paine goes out, Australia can develop Alex Carey into the keeper-batsman to score vital runs in the lower-middle order. Moreover, Australia needs to look for a Head’s replacement. At the moment, his technique isn’t suitable for rigorous test cricket. He may score 30-40 here and there but won’t contribute bigger scores with that technique. Or CA helps in improving his technique. With the Cam Green at 6, Aussies will have a reliable middle-order.

The rotation of pace bowlers shall be at the utmost priority in the red ball roadmap besides leadership change. With the modern-day schedule, their bodies cannot be fresh for more than two – at the max three – test matches. Apart from the trio of Cummins, Starc, and Hazlewood, Australia shall have two more backup bowlers at least, to perform at the highest level.

Though these are some basic improvements for the red ball roadmap, Cricket Australia shall also organize more A tours. That will not just create a strong bench but will boost the confidence of the new members as well.