What if someone tells you that Australia is struggling to find an opening pair – for both the slots – for their upcoming test match? You’ll laugh it off, don’t you? Guess what, that’s true for once. But if you look at the last few years, Australian opening pair turmoil was on the cards. Since the retirement of Chris Rogers, Australia has struggled to find a stable opening partner for David Warner. Matt Renshaw, Usman Khwaja, Shaun Marsh, Joe Burns, Cameron Bancroft, and the list goes on. In this blog, let’s look at how Australian fortunes turned from a stable opening pair of Matthew Hayden and Justin Langer to _______ and _______. 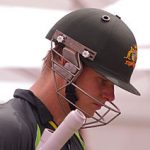 Wrong with Right and Right with Wrong

To explain the above title, I will take two curious cases: Joe Burns and Shaun Marsh.

Shaun Marsh – the Wrong with Right:

When was the last time Shaun Marsh found his pace secured even after scoring a century? Never: as far as I look back at it. The selectors have always cited his age as a reason, in every series they wanted to drop him. In spite of that, the older Marsh has been a loyal servant of Cricket Australia and batted wherever the team wanted him to.

Couldn’t have they offer him an opportunity to open the inning as long as he plays the test cricket? Especially because Warner never had a settled partner after Chris Rogers. With his compact technique and management backing, he would have done much better than all openers tried to date.

Joe Burns – the Right with Wrong:

If there’s one thing Joe Burns is famous for: it is his inconsistent performance across all his opportunities. Jobe Burns has more recalls to the national team than a consistent runup in the team. Mostly, to cover for someone injured. Isn’t that a sign of his inconsistent performance in the last six years? Though he did well in his last test match against New Zealand, he hasn’t performed well in any of the Sheffield shield games.

To cut the story short, had Cricket Australia moved on from him long ago, they could have given a settled opening pair to the current Australian team.

In all these years, Cricket Australia never prepared a backup for Warner’s injury. It was just a matter of one injury to Warner, and the scenario was always on the cards. Due to indecisiveness in choosing Warner’s partner for long, Cricket Australia are themselves to blame for the current turmoil.