In the first two parts of the IPL Auction Strategy blog series, we have already analyzed the IPL 2022 Mega Auction and the auction strategy for RCB, KKR, and MI. We hope that you not just enjoyed, but shared your strategies with us too. This is the second blog of the series, consisting of the IPL auction strategy for one-time IPL champions – Sunrisers Hyderabad and Rajasthan Royals. As they say “the franchises win half the battle on the auction table”. Similarly, both these franchises would love to change their (mis)fortunes on the auction table on Saturday with a solid auction strategy execution. Here is the short analysis of what both of them shall look for on 12th & 13th Feb.

SRH could be defined as the underdogs of the IPL in many ways. They do not always blow away other teams but somehow always end up in the top 4. However, this time the story was quite different; they were lurking at the bottom of the table, there were issues with team selections and whatnot. Nothing went according to plan, and it was not a surprise that they decided to start fresh this year. However, the retentions of Samad and Malik send out a strong positive message about the kind of team they want to pick this year.

SRH was always a top-heavy batting lineup, with their success being directly proportional to the form of Warner and Bairstow. Economical bowling is also something that has become synonymous with this franchise, with Rashid Khan leading the charge, almost operating as a four-over bank. 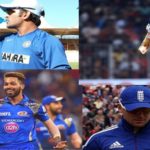 SRH had a significantly underperforming Indian middle order. Even after consistent backing up from the team management, the middle order batsmen could never cement their position and consistently get them over the line. Over the last few years, another primary concern for SRH turned out to be the fitness of their lead bowlers. With regular injury worries over Natrajan and Bhuvneshwar Kumar, the franchise always had to play without one of their lead seamers.

In my opinion, SRH could look to turn the clock back and acquire Shikhar Dhawan as one of the openers, along with an overseas hard hitter such as Colin Munro or Martin Guptill. They would desperately want to repurchase Jason Holder, as he gave them the much-needed balance with both bat and ball. As far as the bowling is concerned, SRH would have their eyes set on someone like a Yuzvendra Chahal, who could be the nearest like for like replacement to Rashid Khan. Known for their Indian bowling core, SRH would be looking at a few young Indian pace bowlers like Kamlesh Nagarkoti, Shivam Mavi, and more importantly the in-form Avesh Khan. Repurchasing Sandeep Sharma, who has been an underrated performer for them over the years, in my opinion, would give their bowling an edge over other sides.

Note: For a better reading experience, we have made it a multi-blog series. This is the third blog of the series. Here are the first and second blogs of this series. The next part of this blog will be released in a few hours. Stay tuned…

Rajasthan Royals, over the years, have had the strongest team on paper, but it has not necessarily translated into the kind of performances they would have liked. They always had the firepower in their overseas player; the local talent, unfortunately, did not perform to their potential. They have taken a bold call by retaining Jaiswal, which could be a masterstroke in the coming years. On a positive note, RR has decided to invest in a young Indian captain to take the franchise forward in the future, which is a solid start to building the team.

The presence of players who could single-handedly win you games on their day contributed to a large number of victories for RR. If we dig up a list of individual brilliance, many RR players, including Buttler, Stokes, Samson, Archer, and Tewatia, would regularly feature in there. But on the occasions when these players failed to perform, there was hardly anyone rescuing the team.

Like SRH, the underperforming local talent really hurt RR. Rajasthan was one team that played most of their matches without an international-level lead spinner. Injuries to Stokes and Archer also emphasized the lack of match winners on the bench. 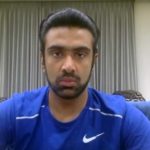 Having a stable opening pair in Jaiswal, Buttler, and Samson, RR would be looking at solid middle-order batsmen like Ambati Rayudu, Dinesh Karthik, or Shah Rukh Khan, who could be the finisher. Talking about middle-order batsmen, a player like Deepak Hooda with the form he has shown, can really plug their inexperienced Indian core hole. Ravichandran Ashwin or Yuzvendra Chahal would slot perfectly into the role of the lead spinner. If not for injury concerns, they would also be keen to buy Archer even if he misses the 2022 season, depending on the purse. Another box they would want to tick is that of a lead Indian pacer, and purchasing someone like Mohammed Shami would seal the deal.

What is your IPL Auction Strategy for SRH and RR?

What is your IPL Auction Strategy for SRH and RR? Do share and comment in the comments section. You can also write us on our Twitter and Instagram handles. And reach to me directly at my Twitter handle Ishan Bhattacharya. Please do not forget to share this blog with other cricket fans.