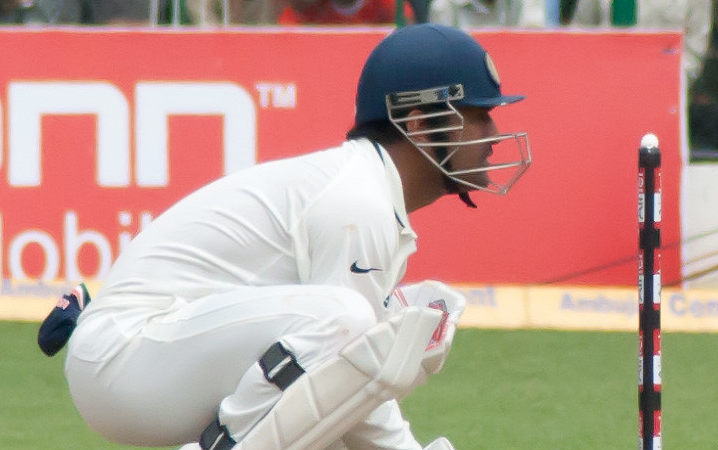 As far as batting is concerned, KL Rahul is adjusting in the batting order, per the team requirement. However, he has shown the tendency to do the up and down even in the field. Owing to concussion injury to regular wicket-keeper Rishabh Pant, Rahul was asked to keep the wickets during the Australian innings of the Mumbai ODI. He followed it up with the full time behind the stumps in the Rajkot ODI. Needless to say that he improved the showing in the Rajkot ODI.

Rahul has fine wicket-keeping skills. He has kept for Karnataka regularly, and even for his IPL franchise Kings XI Punjab in the last edition. As he admitted, he recently kept for Karnataka in the Ranji trophy for nearly two months. In him Team India has a very good occasional candidate in the XI. As well, he can keep if the regular keeper is injured during the match.

In ongoing India- Australia series, Rahul was suddenly asked to keep wickets in the first ODI as Rishabh Pant got injured with a concussion. Though he wasn’t at par in the first ODI, he improved his keeping in the second ODI. His stumping of Aaron Finch was the one for ages. Even the fastest of the world – MS Dhoni – would have been proud of his skills. In addition, he took a few excellent catches behind the stumps. Subsequently, he has also been asked to continue the keeping for the rest of the series, in spite of calling backup keeper in the team.

Excellent Bat in the middle order

In Rajkot, team management gave him the role in the middle order – possibly considering his role as a wicketkeeper in the field. He took full responsibility and played a gem of an innings to help build an above-par total.

Since he is a player who can bat in the middle order and keep the wickets, he seems to be the best wicket keeping option for Team India. The keeping position will give him a permanent spot in the XI and Team India will find a solid proposition for a fragile middle-order, a win-win situation for both.

Given the circumstances, has Team India accidentally found the best wicket-keeper option in KL Rahul?