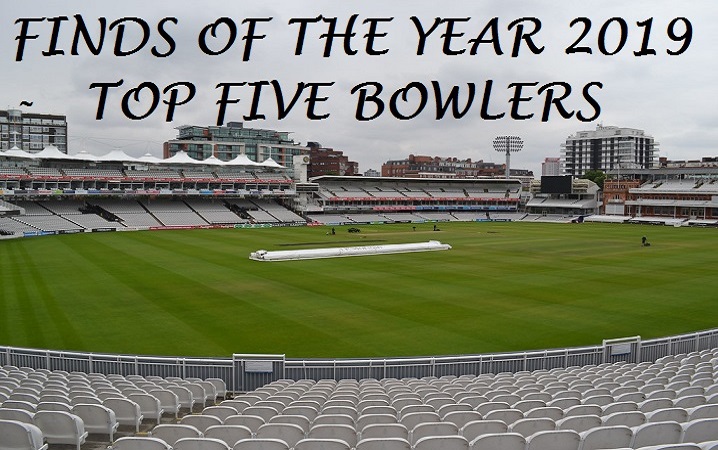 As expected, 2019 has been an eventful year for the game of cricket. The year saw some crazy and bizarre events alike. The Cricketbloggers.com reviewed the major events of the year. If few pacers were past their prime, the new stars emerged on the horizon. Through this blog, let us peek into the top five finds of the year 2019 in the bowling department.

“The star on the horizon for quite some time” is the right sentence for Jofra Archer. However, he wasn’t able to play at the international level due to England’s laws for immigrants. The moment ECB requested the adjustment for him, he made an immediate impact. In fact, David Willey lost his place in the world cup 2019 squad for accommodating Jofra Archer. Jofra played a very important role – in fact bowling the only super over in the ODI cricket, that too in a world cup final – in England’s world cup win, justifying his selection in the world cup squad. Thereafter, he never looked back. Now regular in all three formats for England, he knows how to handle the pressure and perform at the big stage.

A prodigiously talented 16 years old Pakistani pacer has been in the limelight for a while. A product of the famous Pakistani pace factory, he made his test debut against the host Australia. Though he failed to make an impact in that chance, he corrected himself to take a five-for in just his third test match. A match more remembered for Pakistan’s test win on their own soil after 10 years, Naseem Shah made an as much impact. A youngster, consistently touching 140+ has a long career ahead of him. There’s a little doubt that he’ll be amongst the best bowlers in the 2020s.

Though we may put him in the category of “too early to say”, he has definitely shown the intent of the tweaker West Indies is searching for. Though struggled to break into the senior side during the previous administration, he got his chances immediately. He played his first test match against touring India, where qualities were on display. He made an immediate impact against Afghanistan in the spin-friendly sub-continent matches. In his only second international game, he recorded a five-for in an inning and a ten-for in a match. Let’s wish that this 6-feet tall lad will stop West Indies’ search for an effective tweaker.

Yet another product of IPL for India, Deepak Chahar came in prominence through his performances for CSK in IPL 2019. Under the leadership of Dhoni, he excelled with every passing game. With the top performance in IPL, the Team India call was always on the cards. He took his opportunities with both hands. He registered the T20I’s best bowling figures of 6/7 and a hat-trick in the same match, against Bangladesh at home. His ability to move the ball both ways makes him a vicious bowler. If he maintains this consistency, a regular spot in the ODI is not far away.

Taking his chances at the relatively young age of 22, Lasith Embuldeniya has shown a lot of promise. Playing his first international game in the famous Durban test match, he claimed his first five-for to help Sri Lanka clinch a thriller. Since then, he has been a regular in Sri Lanka test XI and has already claimed 17 scalps. He is a definite future of the Srilankan spin department.

What are your top five finds of the year 2019 in the bowling department? Please share it with us in the comments section.