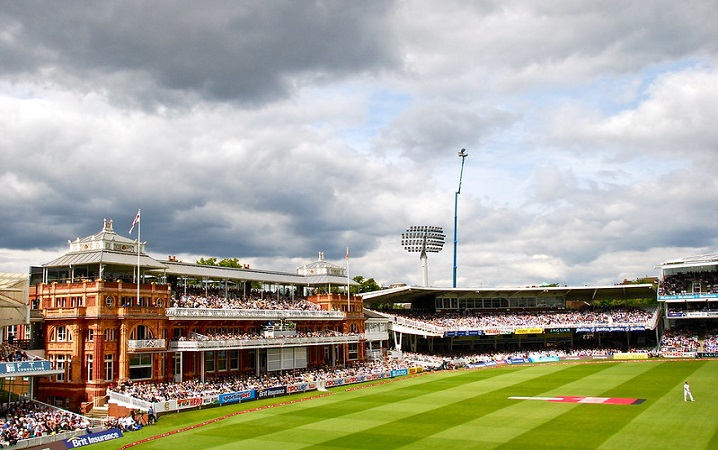 The second test at Lord’s is now over and after a few days’ reflections, we can safely say that England has been rattled. In this blog, I will share my take on the test, a special day – the second day – I experienced at Lord’s, a day dedicated to the Ruth Strauss Foundation, and the aftermath of the test for both sides.

The Lord’s Test is always special and on day two I firsthand witnessed not only the glory of test cricket but also the work done by Sir Andrew Strauss and his team in the Ruth Strauss Foundation. The ground turned Red for Ruth and everyone I saw tried to wear something red. You could have been mistaken to think it is a Manchester United fan club.

The Ruth Strauss Foundation for those who are unaware supports families that receive the horrendous news that a parent is terminally ill. In the past year, many of us have felt the pain of losing a loved one and I’m sure many can relate to a lack of support they have felt. The foundation aims to help children cope with not only the news of losing a parent but also the feelings and circumstances after losing a parent. It is truly a cause not many charities specialize in.

Whilst the clips of the work by the trust were on the display screen, you could see the emotions around. The total fundraised on the second day was over £300,000 and it reached over £1 million by the end of the test. We want to appreciate all those who donated to this cause.

The Second Day’s Play at Lord’s

Coming to the second day’s play the “hum” sound started as soon as the game started. That’s “hum” is Lord’s uniqueness, and every visitor to the ground ensures that it doesn’t die. After dominating the 1st day’s play with the bat India lost 2 early wickets within the first 2 overs. Consequently, the team lost 7/88 to eventually roll out for 364. To me, watching Rishabh Pant batting live was a joy, albeit for too brief a period. Pant definitely has an aura about him much like the way Yuvraj Singh had his when he walked out to bat.

For the umpteenth time (31st to be precise), the English legend claimed a five-for to register his name on Lord’s honor board yet again. However, England definitely missed the services of Stuart Broad. Had it not been for his absence, India may not have had a chance of scoring as much as they did.

By the end of the day, you would say things were even with maybe England in the ascendency. Days 3 and 4 were in the same vein the game ebbed and flowed from one team to another, desperate for a team to grab it and walk away champions.

Any test match that runs into day five invariably has the audience glued for 7 hours of pure theatre. At the start, England fans felt they were slightly ahead and Indian fans were hoping for Rishabh to stay till lunch. What ensued was pure drama and entertainment of the highest order. England got Pant early but only after he struck a boundary with brute force and disdain in his eyes. It was a sign of things to come.

Ishant followed soon after and suddenly India was staring at a loss. Bumrah and Shami at the crease with only Siraj left in the hut. If some teams of a bygone era had a walking wicket, this Indian team has three of them. England got excited they could almost smell victory but then they got rattled by events from a couple of days ago. Joe Root inexplicably spread the field after a thick edge from Bumrah went for four over the slips. Even the usually calm and composed Anderson lost his judgment.

At 39 and with over 600 wickets in the bag bowling swing, he felt the best way to get these two by bowling short with more boundary rides than he had for Virat. One could sense that England was in trouble. 89 runs later and after Kohli was done pulling the strings like a puppet master – and of course splashing around cologne on himself – India declared. It left them 60 overs and 10 wickets from victory and England left to salvage a draw or looking into the abyss.

The Hostility at Lord’s

Buoyed by the celebration and applause in the long room Shami and Bumrah opened the bowling. The first ball of the innings leaped from a length and was deemed off by Burns. Only to the sight of 7 Indian fielders converging upon him like a pack of wolves. He lasted two more deliveries before judging one wrong and costing his wicket. Sibers was granted similar hospitality. He nervously feathered one to the keeper. Both openers were dismissed without a score – the first time in history against India. Poor Hameed couldn’t have envisaged such a hostile environment to make his comeback. Though he avoided the king pair, his stay was troubled regularly. He scratched to give Root some support. However, with his departure and Bairstow on the stroke of Tea, India was one wicket away from a famous victory.

That wicket came soon after lunch – Root was dismissed. Siraj became a lion and roared India to victory with Buttler pleading Virat which wasn’t coming. By the time Anderson got out, the brand of cricket this Indian team wants to play could not be mistaken. Aggressive to the end and an unnerving will to win. What a team this will be if they carry on with this Hunger and drive!

Have you seen the match at Lord’s? What is your first-hand experience? Do write to us in the comment section below. You can also write us on Twitter and Instagram. Or you can directly write to me at @Nimesh_87.