After analyzing the IPL Auction strategy for five established franchises, this blog covers the reaming three – DC, CSK, and PBKS. However, this is not the last piece of the series. The last one will cover the basics for the new – Lucknow Super Giants and Gujarat Titans – franchises. If you haven’t covered the first three blogs, we’ll suggest you start from the first blog of the series and read through all before this one. That’ll set the right context for this one. Let’s start:

A change in name, leadership, and most importantly, a change in fortune. Three consecutive playoff finishes for the first time in the franchise’s history. Like MI, Delhi Capitals also had every base covered, stable opening pair, a mix of fiery overseas and Indian pacers, strong Indian middle order, and two spin bowling all-rounders. Most of us felt they would win the coveted title this year after finishing as the table toppers; however, it took a bit of brilliance from MSD and a last over six from Rahul Tripathi to end DC’s dream season. Retention was always going to be a headache for such a stable franchise, and as expected, they had to take a few hard calls.

Delhi Capitals boasted of a complete bowling attack. In Ashwin and Axar, you had most of the middle overs covered; Nortje and Avesh were in the form of their lives giving Delhi a much-needed head-start in the powerplay, along with the purple cap holder of last year Kagiso Rabada. Dhawan and Shaw almost always got Delhi off to a flyer, followed by Iyer, Pant, and the dangerous Hetmyer. Tough to find a weak link, eh?

It is tough to find a genuine weakness in this lineup; however, the dipping form of Rabada towards the death over did prove to cost them at times. Slight overdependence on the opening pair. Rishabh Pant was playing more of the rebuilding role with the bat, and so we did not get to see the free-flowing basher that we have come to associate him with. 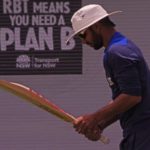 In this IPL Auction strategy, Delhi Capitals can look at someone like a Mitchell Marsh to bat at no.3, with Rishabh Pant coming in at 4. A lower-order batsman who can give you some overs, for which Krunal Pandya or Rahul Tweattia could sort out quite a few problems for them. They would desperately want to buy back Dhawan and Avesh Khan and if that does not work out, look for replacements like Padikkal or Harshal Patel (Purple Patel).

Note: For a better reading experience, we have made it a multi-blog series. This is the fourth blog of the series. Here are the first, second, and third blogs of this series. The next part of this blog will be released tomorrow morning. Stay tuned…

The Comeback Super Kings did justice to this tag once again. Hardly anyone gave them a chance before the tournament began, but they showed once again exactly how far loyalty and trust could take a team. Ruturaj Gaikwad was the year’s find, and not many remember his four consecutive low scores at the beginning of the season. Yet the team never had second thoughts on his place at the top, and he repaid the faith with an orange cap. 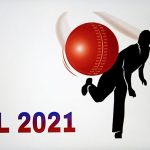 One half of a solid opening pair with Faf Du Plessis, their consistency was the major reason for CSK’s title run. The addition of Moeen Ali gave them the much-required balance, fielding seven bowling options every single game. Yes, they are an aging side, but they always find a way to tackle any setback, which separates them from the rest.

MS Dhoni always likes players who can contribute with both bat and ball, and hence CSK always fields more than six bowling options and almost everyone with some batting pedigree. This flexibility has been a major strength for this franchise over the years. As they bat so deep and possess so much experience taking the game deep, CSK tends to be a very strong chasing team.

Traditionally, Chennai’s bowling has not been its stronger suit. They lacked an out and out death bowling specialist, and their lead spinner Imran Tahir did not get a lot of games as the overseas combination forced him to sit out. Owing to their aging side, injury concerns are always around the corner, demanding the bench be ready to step up at any time. 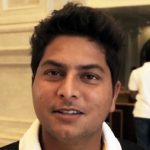 CSK would be very eager to repurchase Faf Du Plessis and Dwayne Bravo, depending on their availability for the next three years. I would love to see Kuldeep Yadav in yellow, bowling with MS Dhoni behind the stumps. This move could indeed give Kuldeep the perfect platform to have a comeback season. CSK loves to have players who can bat and bowl, making 34-year Jalaj Saxena a very apt pick to play in the middle order for them and chip in a few off-breaks every now and then.

Punjab Kings’ case has always been a mystery to me, be it the temporary nature of recruiting players and support staff or giving a glimmer of qualification hope every year before slipping down to the 6th spot. Punjab Kings might be looking for a new captain at this IPL auction unless they decide to go forward with Mayank as their leader. They go into the auction with the largest purse, and rightly so with many holes to fill. The lack of an Indian all-rounder hurt them. Due to the overseas combination, they ended up playing six batsmen and five bowlers, giving them less flexibility if a bowler was having a bad day.

Perhaps the biggest strength of the Punjab franchise was the Mayank-KL partnership, one-half of which will not be part of their setup for the upcoming season. Arshdeep’s exploits in the death overs and Ravi Bishnoi in the middle turned out to be great finds for them over the past two seasons.

One of the major weaknesses for Punjab Kings was the lack of Indian all-rounders and lower-order batsmen. The rise of Shah Rukh Khan towards the back end did help them, but once the top order collapsed, it was all downhill for them. PBKS have also succumbed under pressure on several occasions, losing games that were in their back pocket. The consistency of selection can be debated, with chopping and changing not helping their cause.

Punjab should look to go big for Jason Holder as he will solve many problems, they faced last year. Aiden Markram could be looked like an opening partner for Mayank Agarwal. Among the Indian circuit players, Mandeep Singh or Manan Vohra could be brought back to their old franchise and given a long run at the top of the order along with Mayank. Daryl Mitchell could also be seen as an opening batsman who gives you a few overs every game as an alternative approach. When it comes to the middle order, Punjab will be looking at some solid Indian batsmen, and repurchasing Deepak Hooda might be the ideal start to that. Punjab would also want to stack their pile of Indian bowlers, starting with a leggie and a few quicks to join Arshdeep.

What is your IPL Auction Strategy for DC, CSK, and PBKS?

What is your IPL Auction Strategy for DC, CSK, and PBKS? Do share and comment in the comments section. You can also write us on our Twitter and Instagram handles. And reach to me directly at my Twitter handle Ishan Bhattacharya. Please do not forget to share this blog with other cricket fans.