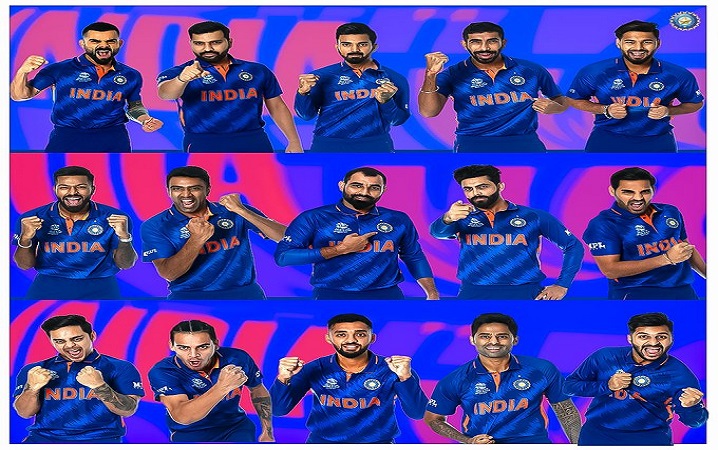 With the match against New Zealand on 17th November, a new era of India’s T20I team commenced. Under Shashtri-Kohli, the Indian Team dominated in the Bilateral series, however, failed to have an impact in ICC tournaments. Dravid- Rohit’s tenure kicks off with lots of hope of winning ICC tournaments. However, for that matter, Dravid and Co. have to sort players who can suit the team’s needs. Till the next T20 World cup begins, India has a few bilateral series with the next one being a 3 match series against West Indies. During this period, we might see transformation in various departments of India’s T20I setup. So, In this series of blogs, we are attempting to assess India’s Shortest format transformation. Read the 1st part of this series, in which we analyzed India’s approach and top order. In the 2nd part, we are analyzing India’s middle order in the Shortest format.

The Indian Team needs players in the middle order who can hit boundaries against pacers and spinners with ease. Rishabh Pant is capable of that, however, he has to perform in the shortest format. Surya Kumar Yadav who has a good range of shots and performed quite well in his short international career should retain his place. On the other hand, Hardik’s chance with current form and fitness doesn’t look promising. Moreover, Jadeja who as a finisher performed brilliantly in IPL has to perform at the International level too. So, it is time that India looks for options beyond the settled 15-17 players. 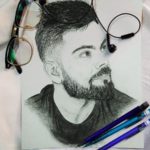 Here are a few batsmen who shall be given a longer rope for the middle-order role:

He is a top-order batter, however, his ability to hit maximum at will could prove worthy in middle overs especially at the back end. There are not many talents of Sanju’s caliber who can clear the fence with ease. Recently, he has given some brilliant performances at the domestic level, including a double-hundred.

Though his consistency is a major worry, playing at 5 or 6 where the need is to attack from 1st ball might suit his game. Though he was in good form in IPL and SMAT, nevertheless, he wasn’t selected for the Newzealand Series. Anyday, Sanju is a prime contender of any T20I team which wants to play attacking cricket.

The last ball six by Sharukh Khan against Karnataka in the finals of Syed Mushtaq Ali Trophy (SMAT) 2021-22 – India’s premier domestic T20 tournament – helped Tamil Nadu win its 3rd title. He is certainly one of the best finishers in the domestic circuit. He played his 1st IPL season in 2021, however, didn’t game too many games.

Similar to Hardik, he is a power hitter who is capable of clearing the fence with ease. Moreover, he doesn’t bowl much nowadays but he can be handy with his off-spin, providing the required 6th bowling option. He had a phenomenal domestic season in 2021. All he requires is a good IPL season to break into India’s T20I squad. Quite possibly, he might get into India’s squad for the 3-match T20I series against the West Indies, considering his domestic performances and lack of finishers in the team.

With the shortage of fast bowling all-rounders, Venkatesh has got a much-deserved debut for India after an outstanding IPL 2021 and domestic performances. However, he batted at 6 against Newzealand and South Africa, which is not his preferred position. With Rohit and Rahul set to open, Venkatesh has to play in the middle-order. The Indian team should try him slightly above at 3 or 4 which will suit his ability and game. In Vijay Hazare Trophy 2021 – India’s premier domestic ODI tournament – he batted in the middle-order and scored a total of 348 runs in 4 matches with an outstanding SR. of 138.

Hooda is mainly a batter who can bowl a few overs. He can play the big shots and provide the required 6th bowling option with his off-spin. In SMAT 2021, he scored 4 half-centuries in 5 innings at an SR. of 175. Nonetheless, he was not in the squad for the New Zealand series. He is certainly a good player of spin and can bat in the middle order. One good IPL season will ensure his place in India’s T20I squad. However, considering the lack of allrounders, the team should look for him.

The 20-year-old Samad is a terrific striker of a cricket ball. In 44 t20s, Abdul Samad has scored with an average of 28 and a strike rate of 146. In SMAT 2021, he smashed with an outstanding average of 42 and a terrific strike rate of 161. India’s all-rounders’ department looks lean, thereby, Samad can be invested and groomed taking the future into consideration. However, Samad being only 20 years old, Selectors might want him to play a few more IPL seasons.

Shreyas Iyer has capitalized on every opportunity he had. The major issue with him is his strike rate which has dropped a bit recently. In IPL 2021, he scored with an average of 35 and an SR of 102. Moreover, Ishan Kishan is capable of hitting runs at good SR against both pacer and spinner. However, if he improves his strike rotation against spinners, he might be a good contender even in the middle order. His performance at 4 for Mumbai Indians in IPL 2020 shows his ability. 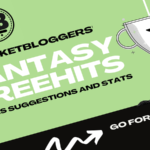 Indian Cricket has great depth in talent, however, the allrounder department looks bleak. As discussed in the blog – Hardik & 3 recommended Backups, there is a need to invest and groom them for forming a good bunch of all-rounders in the shortest format.

What are your thoughts about India’s middle-order issues in the shortest format, and potential solutions? Do share with us in the comments section, or write us at our Twitter and Instagram handle. Do share our page with other cricket enthusiasts. You can also write to me directly at my Twitter handle Sahil Raj.