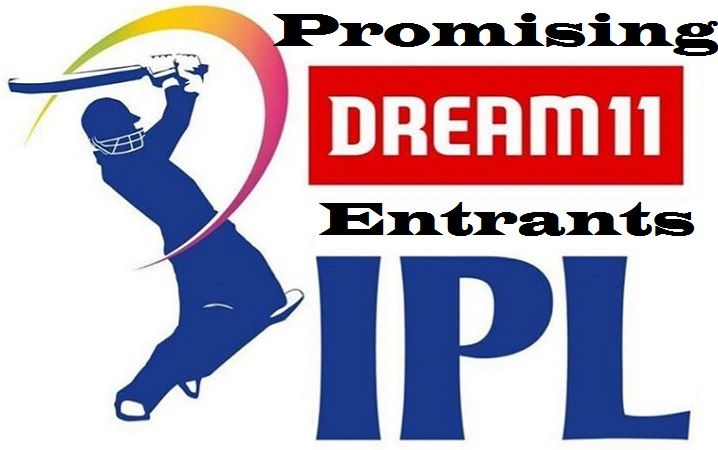 “Indian Premier League has been a factory of cricketing talents for India”: How apt is that? A look back at past seasons will throw the likes of Ashwins and Jadejas, who marked their arrival on the international scene and never looked back. Then, there are a few who performed well at the international level and receive an opportunity to play an IPL. In this blog, we look at the promising players – the ones who have shown promise in IPL2020 and are expected to be the future of this world-class tourney.

A well-built fast and furious South African, Anrich Nortje spits fire in the middle – literally. He has record holder of bowling 5 fastest deliveries of IPL2020 – four of which are 154 kph and above – after all. Especially, he has given the much-needed control to Delhi’s pace bowling department.

A last-minute replacement of Jason Roy – who withdrew from the IPL2020 – Nortje has impressed one and all alike. 16 wickets at an ER of 7.79 and SR of 17.6 are outstanding stats for a newcomer. He is going to be a big asset to whichever team he plays for. It is safe to say: he’s one of the best promising players.

“A reflection of Yuvraj Singh” and “one for the future”: are the compliments for Padikkal during the IPL2020. Nicknamed DDP, he has scored some tough runs at the top – a quality RCB badly missed last two seasons. Easily, he is a big contributor to RCB’s place in the top four.

An aggregator of 417 runs – with two more league games to go – at an Avg. of 35, DDP has shown immense promise. He has been marked as one to look for in IPL2020, but he’s for far beyond this year’s IPL.

More of the Top-Five: Top Five Under-performing Batsmen of IPL 2020

Originally in the CKS squad from 2019, Ruturaj received his first opportunity in the 2020 season. Being in and out of the team for the first few games, he finally has a consistent run after CSK crashed out of IPL early this year. He responded with a blistering half-century first game and winning the MOM in the second. Alongside DDP, even Gaikwad was quoted as the one to look for in IPL2020.

In the limited opportunities he has, he has scored 142 runs at an Avg. of 35.5 and a strike rate of 118. It is certain that his stats will improve as he will get longer run and experience.

A 20-yrs old from Jodhpur, Ravi Bishnoi comes with an excellent performance in the U-19 world cup at the start of this year. He was the highest wicket-taker in the ICC showpiece tournament, after all. And it is heartening to see him transforming his early form into the IPL 2020. Whenever KXIP needed a wicket, they have trusted Bishnoi to provide one.

Though he has picked up 12 wickets at 28-a-piece, the ER of 7.17 is astonishing for a 20-year old entrant. It shows the command he possessed over his bowling abilities. Ravi is sure to take some giant steps in the coming IPL seasons.

He runs like a Brett Lee and bowls like Glenn McGrath: is a compliment for Kartik Tyagi, in his first season. A team-mate of Ravi Bishnoi in the U-19 world cup earlier this year, Tyagi has bowled with good control. Though his stats aren’t encouraging – 7 scalps from 9 matches, with an economy of 9.68 – he has bowled with a sheer pace. In the next couple of years, his body will get full strength, and that’s when he will be at his most potent. Surely, he’s the one with a lot of promise, who needs a bit of encouragement and guidance in the coming years.

And we haven’t even talked about the promising players like Abdul Samad, Priyam Garg, and Arshdeep Singh for that matter. Even though we have talked about top-five here, there is a pretty good bench strength in some teams, which will open up in the coming years.