Recently, there were two policy changes in cricket by two different boards.

In this blog, we review the outcome and impact of those policy changes, on the game and the players.

The new law introduced by the ICC brings an in-game penalty for slow over-rate. The rule states that

“The fielding team must be in the condition to bowl the first ball of the final over of the innings by the scheduled or rescheduled time. If they fail to do the same, then the penalty will be levied in terms of fewer fielders allowed outside the 30-yard circle for the remaining overs in the innings.

The Hit and the Miss

This is a good move by the ICC to improve the pace of the sport and get the games finished quickly. At the moment, too many teams take their own sweet time to set the field, or just to slow down the game. 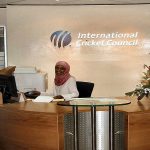 One aspect that seems to be missed while taking this decision is the disadvantage to the batting side. Though the T20I is a “hit out of the park” format, strike rotation is equally important.

“At the start of the 19th over, No.10 batter is on strike, while no.4 is at the non-striker. What would a batting team prefer on the first delivery? Most likely, a strike rotation.”

The presence of an additional fielder inside the circle may prevent it though. It may even result in a wicket. Isn’t this an undue advantage to the fielding side?

Possibly, ICC does need to think about a better solution than restricting the fielder outside. One such solution could be 10 penalty runs – taking T20I format and especially its las over into consideration. The solution shall negate any undue advantage to the fielding side.

Recently, Sri Lanka Cricket too introduced a new policy for the players looking to retire from International Cricket.

• SLC in a statement said that ” Retired national players who wish to obtain ”No Objection Certificates” (NOCs) to
play in overseas franchise leagues will only be issued to such players who have completed six months of their effective date of retirement.”
• “Retired national players will be considered eligible for local leagues such as the LPL, only if they have played 80% of matches in the Domestic Cricket Competitions conducted in the season prior to the conducting of the league.
The above decisions are to take effect immediately”, they added.

Read More: Sri Lankan Cricket – Back & Climbing up the heels 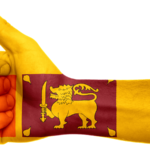 In a nutshell, serve 3 months notice period to retire, and serve 6 months of post-retirement notice period before playing somewhere else.

It seems that Sri Lankan Cricket Board has introduced those laws keeping in mind the players taking early retirements, especially to play cricket in the T20 leagues across the world. However, it also seems to be the decision taken in the haste. Though it is to control the players’ retirement from international cricket after the strict fitness requirements carved out by the board, it seems to be missing the long-term perspective.

Here are the mandatory fitness requirements:

The new benchmarks are the improvements in the last year benchmarks of:

Players retiring early is not a good sign for SLC. It is an honor to represent your country on an international stage.

Of course, there is a clear intent of serving the nation first than the self-interest of the players. If the players meet the fitness requirements and commit to the country, Sri Lanka will be a much improved cricketing nation.

The new policies are a bit too harsh on the players. Why should someone serve 3 months + 6 months notice period to get out of the SLC contract? In a long term, the younger generation would avoid getting into Sri Lankan cricket. They would rather look for opportunities across the world without entering into the tangle of Sri Lankan Cricket policies.

It would rather discourage the mindset of a “nation first” because getting into the national boards is nothing short of putting oneself into a tangle.

What are your thoughts on the policy changes in cricket by ICC and Sri Lanka Cricket Board? Please share your views in the comments section, or write us at our Twitter and Instagram handle. Do share our page with other cricket enthusiasts. You can also write to me directly at my Twitter handle Luqman Tariq.